More than 430 Nigels gathered in a pub in Worcestershire from as far away as California and Texas yesterday for a party designed to "celebrate Nigelness" amid fears the name will die out.

The event at the Fleece Inn was attended by 433 Nigels, according to Landlord Nigel Smith - including one who flew over from America especially. 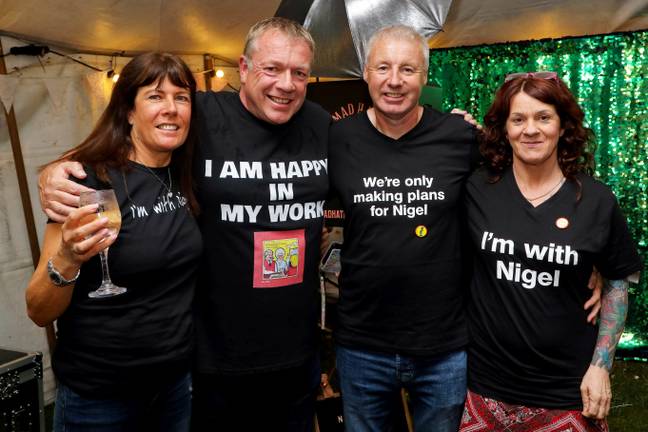 And Mr Smith, 56, hopes he has done his bit to help put the name back on the map with his event in the village of Bretforton, which also raised money for the British Heart Foundation.
The 56-year-old determined that the best course of action was to organise the largest ever gathering of Nigels to raise awareness of the decline of Nigels and celebrate all things Nigel. In total, 432 Nigels congregated at the Fleece Inn, Bretforton, Worcestershire, UK, bringing along with them photo ID and signing the 'the book of Nigel' to make a list for Guinness to verify their new record.

Reflecting on the inspiration for the event, Mr Smith said: "It started as a laugh to get Nigels together. We are going extinct in 2019. There were no Nigels registered in 2016 so I thought it would be a good idea to get us all together.

"So it was really just to get a few Nigels together in the same room, to share Nigel stories and celebrate our Nigelness - that was the original intention."
Mr Smith first got the idea of a Nigel-themed get-together a couple of years back when he was "a bit shocked" to find Office for National Statistics data suggested there had been no babies named Nigel in 2016. 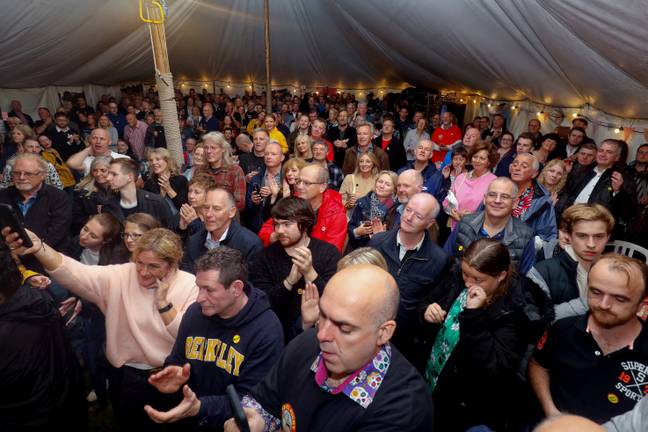 He finally got round to arranging the event this year and, after a Facebook page advertising went viral, he was delighted with the turnout.

"We got some 433 Nigels there last night, plus about another thousand non-Nigels who'd just come along for a laugh," he said.
All Nigels were required to prove their credentials with a passport or driver's licence, and anyone who did was rewarded with a free pint and a Nigel badge. Everyone else was given a non-Nigel badge.

Mr Smith said: "We had a singer, a busker - both called Nigel - and a comedian called Nigel. We had Nigel awards for the furthest travelled, the youngest, oldest. We picked a collective noun for Nigels, which is a niggle of Nigels.

"We basically registered all the Nigels into the building so we knew how many were there so we could claim at least an unofficial record if nothing else." 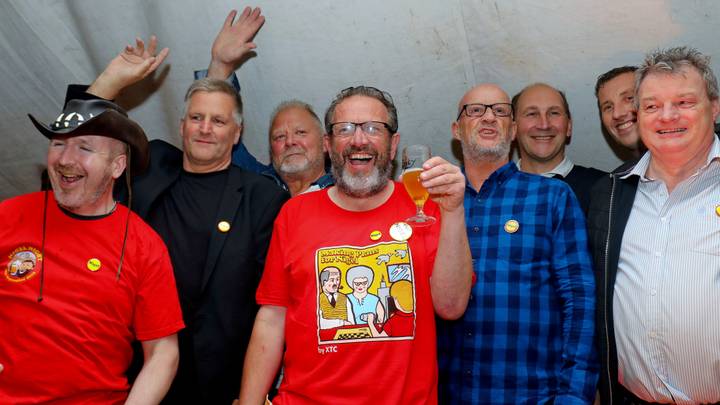 Gratifyingly for those worried about the future of the name, the youngest Nigel there was just seven months old - while the furthest travelled Nigel had crossed the Atlantic just to be there.

Mr Smith said: "He was a Texan guy who lives in Denver, Colorado, who had seen it on social media and was very keen, so his girlfriend put it out to all the friends to see if they'd each send a few dollars to fund a trip for Nigel to come over, which they duly did.