Brtish trophy hunters are targeting "at risk" zebras and then posting sick photos of their kills on Facebook.

Zebras were classified as vulnerable on the International Union of the Conservation of Nature's red list of threatened species three years ago, after the population dropped by 24 percent over a 14-year period. However, it is not illegal to hunt the animals on the plains of South Africa. 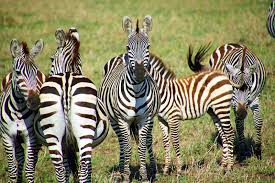 Many pose with their "trophy" grinning after shelling out to go on South African safaris for cheap thrills.

Andy Denson, one of the tour operators, shared a sick snap of his souvenir hunt on his Facebook page.

Pete Livesey smiles next to the dead zebra in another image that will horrify any animal lover.

On the Huntershill Safaris website Mr Livesey wrote about his experience trophy hunting.

He said: "Never had so much fun with my pants on.” 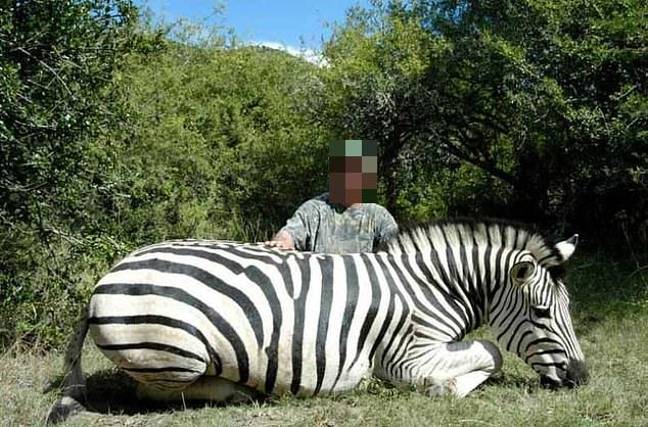 These mammals appear to be one of the most popular trophies for British hunters.

Hundreds of body parts have reportedly been hauled back to the UK in recent years. It is currently not illegal to hunt on the South African plains.

Government ministers are currently pushing to ban the import of trophy hunt parts.

Zac Goldsmith, animal welfare minister, told The Sunday People: "I look at the photos and it turns my stomach.”

He's pledged a consultation on stopping the import of animal parts in hopes to stop the sick trade. 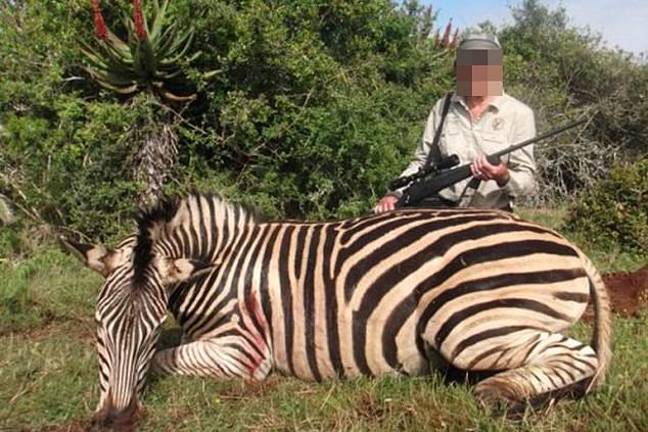 She said: "Can you imagine the hunters below fighting these majestic beasts without needing to hide behind a rock and without needing to use a massive gun? Of course not. That's why it's not only cruel beyond belief but as cowardly as it gets too."

In a tweet yesterday (Saturday), boyfriend Boris appeared to be singing from the same hymn sheet.

Sharing an article about trophy hunting, he said: "We must end this barbaric practice."

Tikiri the elephant, whose skeletal body shocked the world, has died News 3 months ago
ARTICLE